EXCLUSIVE: Daniela will be the co-host of Super Bo

@kaviladnier1111 shared with us a small glimpse of

Who watched the iconic NCIS Crossover? What did yo

The first and long-awaited NCISVerse crossover is

Promo and behind the scenes pics for âA Long Tim

Heading into NCIS: Los Angeles Season 14, the team and fans are in the same boat when it comes to one loose end: Where is Hetty (Linda Hunt)?!

The last known location of their former operations manager is Syria, but all theyâve managed to do is piece together the little information a few people have about what sheâs been up to â and in the October 9 premiere, âGame of Drones,â Callen (Chris OâDonnell) and Kilbride (Gerald McRaney) do get some troubling news. Meanwhile, Kensi (Daniela Ruah) and Deeks (Eric Christian Olsen) will be adjusting to being parents of a teenager, Rosa (Natalia Del Riego).

Ruah tells us how thatâs going to go and more.

The biggest question going into Season 14 is whatâs going on with Hetty. Where do we find the team when it comes to that? Stuck waiting for information?

Daniela Ruah: Scott Gemmill, our showrunner, has this storyline pretty wrapped up in his own head and has revealed very little about that. All I know so far is weâve received news that there was a body found in Syria and that was the same location that we last knew Hetty was in. Is it, isnât it her?

It seems like Callenâs the one whoâs leading the charge there while everyone else is dealing with the cases of the week.

Yes, correct. Hetty is still such a present energy in his life. In the episode that I directed, Episode 5, he has a conversation with Anna [Bar Paly] about it and itâs incredible how even though sheâs been far away from us for a long period of time, he still struggles to function without her present. So thatâll play for some interesting scenes for sure with him.

Hetty hasnât even met Rosa yet. I remember when Kensi had wanted her to be a reference, but now Hetty is removed from that part of Kensi and Deeksâ life right now.

Yeah, itâs true. But itâs also interesting to sort of explore â and I think we all go through this at one point in our life at some point â Hetty was sort of everybodyâs parent, right? Looking out for everyone, being the person they go to to sort of figure out what they should do next. We all have somebody like that in our lives until we donât â a parent, whether they age or pass away or whatever it is. At some point, we have to be independent and make our own decisions based on what would Hetty do or what would Hetty say, but theyâre not there to give you that answer. And so to watch these characters make decisions on their own after having learned about life so much from her is interesting to watch. But yeah, she hasnât met Rosa yet and the answer she gave Kensi when she said âI want you to be a referenceâ was she didnât want to be one. Because she also probably didnât necessarily feel fit to be that reference, which is another interesting thing to explore with Hetty.

Speaking of Rosa, how are things going for Kensi and Deeks as parents? Especially since theyâre thrown right into being parents to a teenager.

Thatâs right. Being the parent of young children myself, I think my advantage here is that I am getting to know my children from day one: their food likes and dislikes, what activities they appreciate doing, things that piss âem off, things that make them happy. And with Rosa, weâre starting off with a teenager, meaning thereâs so much life to learn about her that we donât know yet. I think that brings incredible insecurity to Kensi in particular because sheâs like, Iâm supposed to be like this as a mom and Iâm supposed to know and feel and do. And I think at some point sheâs just gonna have to take a step back. I have as a mom and probably so many mothers out there, which is like, hey, just take a breath and stop thinking of what youâre supposed to be and just be. She is going through that insecurity but it comes from a place of love and care and just wanting to do the best you can for this person whoâs filled a big hole in your life.

Especially because Kensi didnât have that time with her mom (Laura Harring) â we saw them reconnect.

Correct. She did not have that time with her mom at all. After her dad died, she runs away from home, lives on the street for a while and never has a great relationship with her mom. And then in a very, very early season we see her try to rekindle that. But yeah, she doesnât necessarily have a blueprint for parenting, and so sheâs kind of having to do that all on her own.

How is balancing being parents and the job going for Kensi and Deeks?

I think the advantage of creating a storyline where we adopt a teenager is helpful because it also means thereâs no breastfeeding at this point. Thereâs no diaper changing. Thereâs no, oh, the baby isnât spending enough time with mom and dad. This is a teenager who already is an independent human being, goes to high school, has her own friends. âWell hey, can you take us to the mall today? I got soccer practice.â Thereâs a different level of independence there, and I think that makes it a lot easier for Kensi and Deeks to go to work and not be so worried. She can take the bus to go home. A two-year-old canât do that.

Are we gonna see the grandmothers getting involved?

Oh, we will be seeing a little bit of Pamela [Reed, who plays Deeksâ mother], for sure. And she is very funny.

Are we going to see Kensiâs mom? Do you not know yet?

Something that comes up pretty often is how long Kensi and Deeks will continue to do this job. Does that come into the forefront more now that theyâre parents, or is that going to continue to be played the same way it has so far?

That subject has not been approached this season. I think the job has taken a huge toll on them, obviously, and this is not to mention the physical aspect of it, but mentally and all that stuff. I have to say, and this probably goes for all the characters, last season, Kilbride had this beautiful, scary, upsetting speech â it was actually one of the episodes that I directed, which is probably why I memorized it â [where] he basically says, the worst thing is your kid is afraid of the dark at night and you tell them that thereâs no monsters knowing full well that there are monsters in the world. If that doesnât shake you as a parent, who watches the news or who does a job like these agents doâ¦ Itâs like you can tell your kid everythingâs gonna be fine, but you know full well that sometimes it doesnât end up fine. Thatâs a scary thought. And that would affect them psychologically for sure. But right now they are so sort of, or at least Kensi is so tunnel vision on wanting to make things work positively for and with Rosa that I think thatâs all she sees right now.

CBS is giving the people what they want: a massive “NCIS-verse” crossover!

EW has exclusively learned that NCIS, NCIS: Los Angeles, and NCIS: Hawai’i will join forces for a special TV event. This is the first time in the franchise’s history that all three shows are crossing over with each other (NCIS and NCIS: Hawai’i have previously crossed over), and they’re appropriately going big.

Fan-favorite agents from each show will team up to solve a case together in a heart-pounding storyline, as they attempt to take down a mysterious and highly trained hitman â with several of their own as his targets.

The crossover episodes are currently in production and scheduled to air in January on CBS. Check out the exclusive crossover announcement in the video below.

The “NCIS: Los Angeles” Season 13 DVD box set was just released in the USA and ALL the special features are now available online, courtesy of the lovely @katey_carmen.

All Special Features (featuring Daniela) in this collection, include:

In April, Daniela was the co-host of the International Portuguese Music Awards 2022, an event that celebrates Portuguese and Luso-descendant music. This year, they celebrated their 10th anniversary with a wonderful gala full of incredible artists and, of course, two very talented hosts! 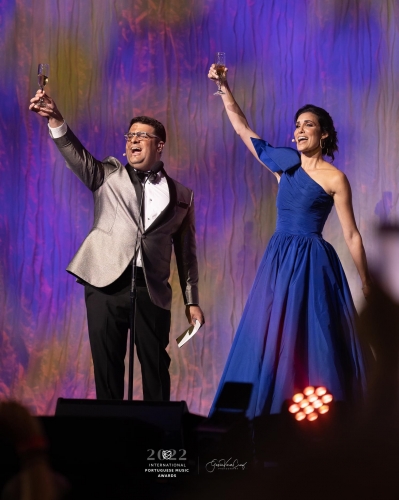 You can now check all the photos at the gallery link and watch the live stream of the event, as well as a short interview, by clicking on the videos below! 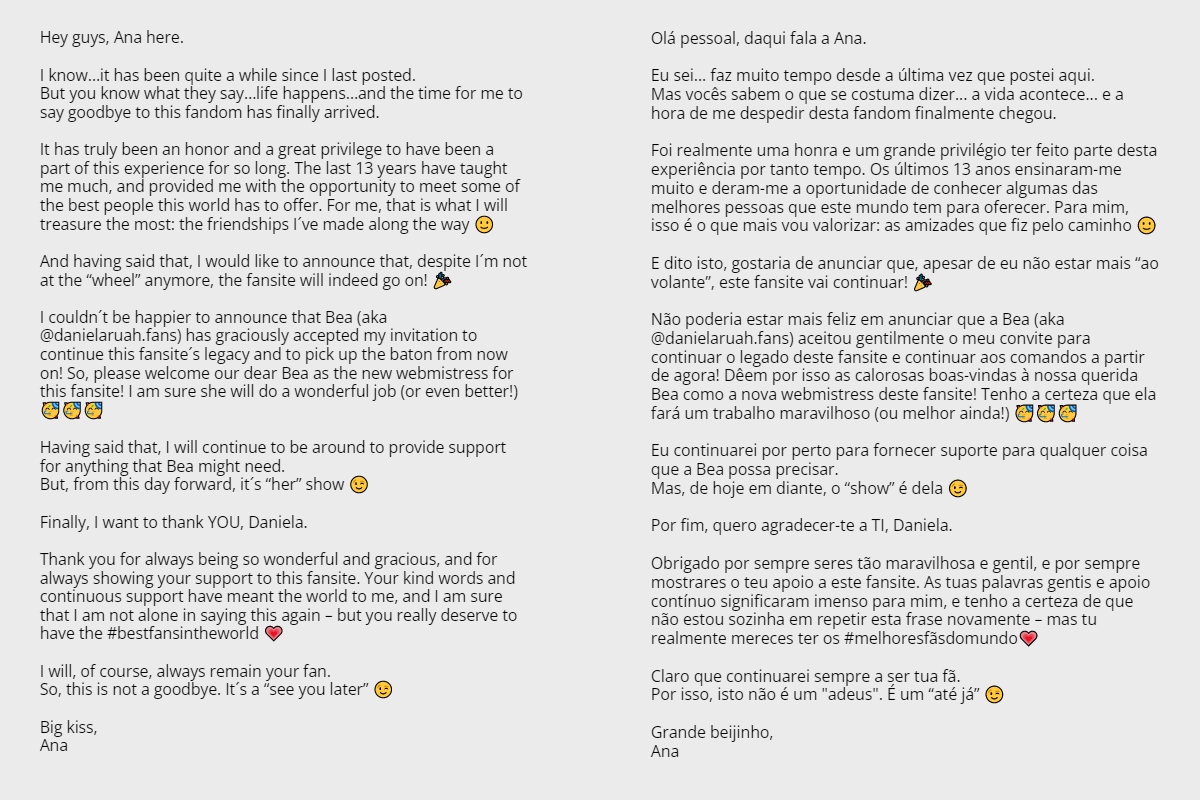 *****************
Actress Daniela Ruah was considered one of the most empathetic celebrities in Portugal (5th position), according to a study conducted by Marktest. Not only that, but she was also considered the actress that the Portuguese people like the most.
Congratulations, Daniela! You deserve this! 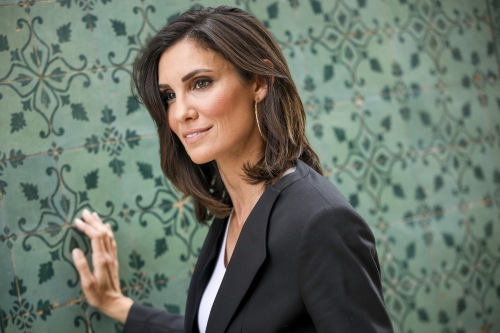