EXCLUSIVE: Daniela will be the co-host of Super Bo

@kaviladnier1111 shared with us a small glimpse of

Who watched the iconic NCIS Crossover? What did yo

The first and long-awaited NCISVerse crossover is

Promo and behind the scenes pics for âA Long Tim 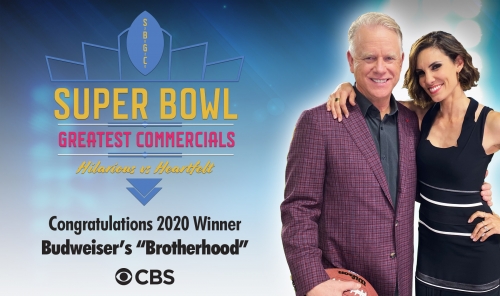 MIAMI (CBSMiami) â Do you have a favorite Super Bowl commercial? CBS wants to know.

SUPER BOWL GREATEST COMMERCIALS 2020, which airs Wednesday night, is an interactive countdown special where viewers vote LIVE for the most hilarious and most heartfelt Super Bowl commercials.

CBS4âs Lisa Petrillo was behind the scenes at Hard Rock Stadium at the taping of the special, which is now in its 19th year. 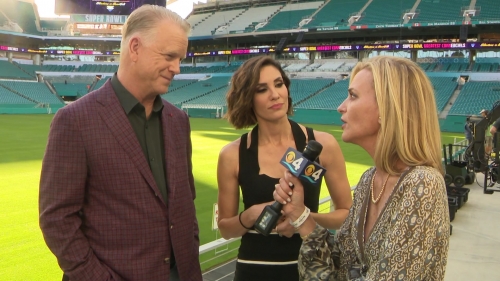 âWhen I come back to this stadium I had the shivers because we lost Super Bowl XXIII here. Stephen Ross, the owner of the Dolphins did an amazing job refurbishing this stadium. This place is amazing now,â Esiason said.

âItâs also the funniest and the greatest together, Iâm kind of a heartfelt guy,â said Esiason. 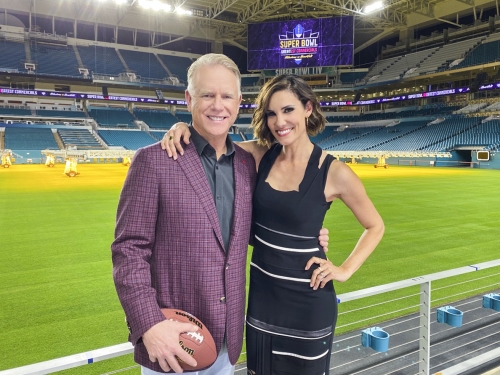 âIâm kind of a funny girl,â said Ruah. âYeah she thinks sheâs funny, but I know Iâm emotional, and she knows this Iâve cried before on this show hopefully thatâs not going to be the case here,â said Esiason.

Ruah said she thinks many people love to watch the commercials because they have become so sophisticated these days.

âI think more of them have taken a skill set from movie making. So they are telling a story in 30 seconds or 1 minute, and you have a plot that somebody or someone is going to relate to,â she said.

One commercial in Boomerâs âheartfeltâ category, is a Budweiser Clydesdale commercial where a young man is reunited at a parade with the colt he raised from birth.

One of Danielaâs favorites falls under the âhilariousâ category and is about a goat who terrorizes his owner in order to get more Doritos. 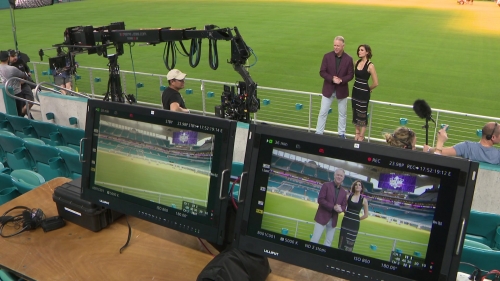 Fans can vote live during the show.

âYou can go to Twitter and live vote and Cedric the Entertainer is going to be tabulating the votes as we are unveiling these different commercials. We want the American public to tell us whatâs the best commercials and frankly so does the advertisers,â Esiason said.

Click here to watch the commercials now and vote for your favorites in both of the Hilarious and Heartfelt categories.

The special will also feature the exclusive premiere of one of the biggest spots of this yearâs Super Bowl for Hyundai, starring Chris Evans, John Krasinski, Rachel Dratch and âBig Papiâ David Ortiz, and also go behind the scenes of the Boston-themed commercial.

In addition, Kevin Frazier, co-host of Entertainment Tonight, will be joined in Miami Beach by special guests to report on the latest Super Bowl week buzz.